Recently published in the BMJ (British Medical Journal) on May 31, 2016…

It’s back-to-school time… a time when children are often diagnosed and treated for ADHD (average age of diagnosis of ADHD: 7 years old.)

…with about 6% of all of our children in the United States actively on a Rx medication to treat it.

With that many children being medicated, it’s very important for us all to be aware of the latest medical literature, so that we are aware of the risks of using prescription stimulants in the pediatric population and so that everyone can be aware of the alternatives to Rx treatments. This study is published right on the heals of another important study that came out last fall, looking at over 12,000 children in the United States, Canada and Europe…

…that revealed that there was very minimal effective change from the Rx medication use, but that the children’s lives were incredibly altered, with the vast majority of children having an increase in sleep difficulty and a loss of appetite while taking the medication.

There is very little data left that actually supports the use of these prescriptions, especially in light of the serious side effects they can cause.Published on Nov 25, 2015 in the Cochrane Database of Systemic Reviews, researchers looked at over 185 randomized control trials that evaluated the use of ADHD meds in over 12,000 children in the USA, Canada and Europe.

Restorative sleep and a good nutritional intake (as reviewed below!) are the two things a growing child absolutely needs to develop appropriately!

The minimal benefits were so incredibly inadequate to risk the very high rate of side effects that physicians are now being urged to curb use of these medications — a very surprising admission from the world of conventional medicine that maybe drugs are not the answer here!

Are there are other answers?

What can you do holistically for your child instead of medication? Sleep problems have long been considered a hallmark of ADHD…

A study published on January 20, 2015 in the British Medical Journal, has found that even a simple, brief sleep intervention with ADHD children provides lasting benefits that lead to improved sleep and decreased ADHD symptoms.

The control group had the same aged children and the same diagnosis but control families received only routine clinical care and no sleep counseling.

The results showed that after only two sessions focused on supporting sleep, not only did the sleep problems improve, but the actual ADHD symptoms, quality of life, and even memory improved as well!

These improvements were sustained at both the 3 month assessment AND the 6 month assessment, showing that addressing sleep problems can lead to substantial and sustained benefits for children with ADHD, over and above the effects of any medical interventions or medications. 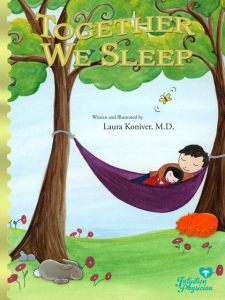 Want help getting your child to sleep more soundly?

That’s why I wrote and illustrated this bedtime book for parents to use to help create a soothing nighttime routine for their child, ADHD or not.

Because helping your child develop good sleep habits, the kind that allow for deep, restorative sleep, is one of the best things you can do to support your child for a lifetime of good health.

Get the book right here.

2.  Allow spontaneous activity for your children! 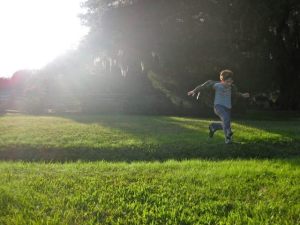 Wondering if sitting still at a school desk all day long is actually healthy for your child?

Wondering why this is still the mold we are trying to fit children into?

Hop over here to read more about why prolonged sitting is so deadly and how to prolong your life (and your child’s life!) by getting up, moving about more and allowing them to get up and fidget more too!

3.  Use Omega 3 supplements instead of the Rx meds. 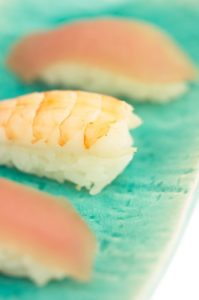 We’ve known for quite a while that Omega 3 fatty acids are absolutely fabulous for the body… especially the brain.

Everything, and I mean everything, works more smoothly in our bodies with fish oil… skin is calmer, hair is shiner and softer, our cardiovascular system is more resilient, our joints are more protected, our muscles get less sore and recover from stress and injury faster, our chances of senile dementia lessen… incidences of stroke and heart attack decrease… it’s just fabulous, whole-body-anti-inflammatory stuff.

The Journal of the Academy of Child and Adolescent Psychiatry recently published the results that Omega 3’s were effective in treating ADHD.

And the side effect profile is a nice bonus:  Side effects like decreasing your child’s lifetime risk of heart attack and stroke… side effects like softer skin and hair and less inflammation throughout the entire body, including the brain. Possibly softer stools and burping, depending on dose.   If your child experiences softer stools from fish oil, you can just cut back on the dose.   For some of us more constipated souls, more regular, normal stools from fish oil are just another welcome side effect.

The prescription meds used to treat ADHD, both the stimulant drugs and non-stimulant drugs, have side effect profiles like hypotention, bradycardia, heart block, syncope, sedation, and somnolence.

These results are so exciting, because the effects seen from Omega 3 supplementation (and in particular, eicosapentaenoic acid) were seen to be effective in studies that were as short as 7 weeks long, which means Omega 3 supplements work quite quickly in helping treat ADHD.

You may notice a supportive difference as early as two months on fish oil supplements!

If you can’t routinely get broccoli into your diet but you want to increase your intake of sulforaphane, consider broccoli sprout supplements like these.  Ask your doctor before use in children. 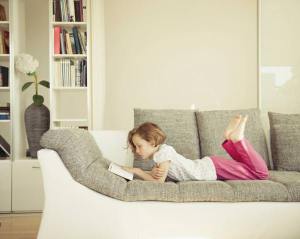 I’m personally a big fan of homeschooling in general… and in particular, for children diagnosed with ADHD.

Boxing these bright and multi-focused children into a square isn’t the answer.

Removing the child from the square would remove the need to “medicate” in the first place.

Learning to live with and even thrive with each child’s own learning style and see it as a strength in the long run will help these unique children thrive in life.

Not all kids can learn sitting down.

Not all kids can learn straight from a textbook.

For years, my son ate most of his meals standing up.

Would I medicate him so he would sit to eat?

That would be insane.

Would I likewise medicate him so he would sit to learn?

My recommendation for ADHD children is to homeschool them and supplement with child formulation of fish oil or other Omega 3 supplement, focus on high quality sleep, and lots of healthy physical activity daily.

They’ll be thanking you when they have fabulous skin, hair, brain power and digestion well into their senior years, and less chance of stroke and heart attack.