Chemicals that are routinely found in homes that are implicated in impairing cognitive function of children are commonly found in nonstick cooking pans, carpet pads, upholstery, and in electronics.

Exposure during pregnancy to these and other toxic items containing polybrominated diphenyl ethers (PBDEs) and perfluoroalkyl substances (PFASs) is now definitively associated with decreased cognitive function of children later in life.

These findings show that the mother’s concentration of these chemicals in the blood during pregnancy is having a functional impact on her child almost a decade later.

Children aged 5 – 8 years old were found to have impaired executive mental function corollary to their exposure in utero.

PDBEs and PFASs are persistently found in detectable blood concentrations ***worldwide*** — and this exposure is taking a toll on our most valuable resource… the future of our children.

Almost everyone has detectable amounts of PBDEs in our bodies thanks to the global usage of these toxic chemical compounds in household products.

So what can you do?

You know I never ever share upsetting health information without providing lots of things you can do to make a difference right now in your own health.

So here are are some recommendations that will decrease your exposure to these toxic compounds:

To reduce your exposure to PBDEs: 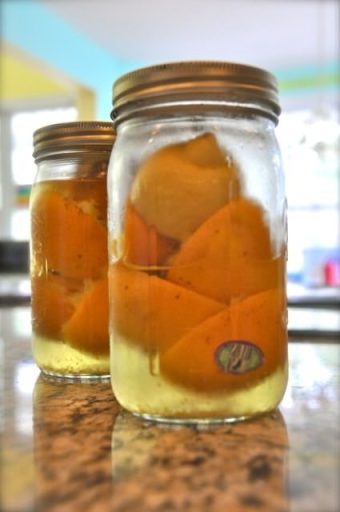 Additionally, to reduce your exposure to PFASs:

And for anyone who may have had this chemical exposure in utero, or for those who simply want to support and boost brain function (and protect future brain development!) here are in 6 holistic ways to do just that, including:

If you can’t routinely get broccoli into your diet but you want to increase your intake of sulforaphane, consider broccoli sprout supplements like these.

As I talk about in this radio interview on Q104.3 in Jan 2014 (when the film The Grounded hit theaters in New York) Earthing has shown promising results with autistic patients.

There are two pathways in which Earthing might help… 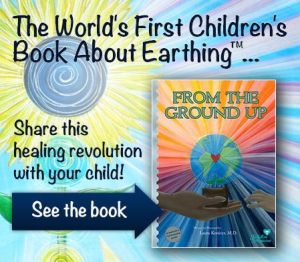 Want to introduce Earthing to your child?

My children’s book From The Ground Up visually introduces the concept of Earthing and gives parents tons of ideas on how to earth with their child to support their health!

Sleep is a time to integrate, process, repair, release and grow.

Yet sleep disturbances are a hallmark of autism and autistic spectrum disorders.

Autistic folks need this down time to regroup as much or more than anybody else.  Be sure to focus on getting deep restorative sleep — ideally for 9 + hours a night.

As I mentioned in tip #1, Earthing can help with this.  For more tips on getting a good nights sleep, head here.

Omega 3s are essential to support our nervous system (as well as many other organ systems in our body.)  Autism is a very complex condition that is primarily considered a neurological condition that affects communication.

From treating depression to preserving brain volume to reducing symptoms of ADHD, fish oil has been shown to be incredibly helpful in stabilizing brain function.  More on that here.

As I blog about here, pesticide exposure is directly linked to autism.

I will continue to scour the medical literature to bring you holistic, healthy things you can do to optimize brain function — and Well Being in general — and I will share it with you here on my blog!

Be sure to sign up for my newsletter by entering your email into the box at the top right sidebar of my blog to stay posted on all aspects of positive uplifting natural healing!